Where I walk,
Let there be light,
Where I pause,
Let music fill the air,
Where I kneel,
Let the love of life fill me.

We feel movement
The journey begins
We stand squashed together
Scared, silent, bequeathed

Someone just needs to start 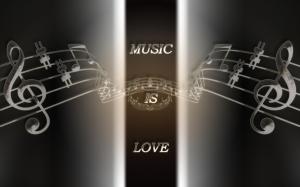 Altering home and hearth,
Music wanders in,
Atmosphere and feeling,
Hurt and pain to healing.

A door can’t keep it out,
It flows just where it will,
Above, without, within
Music wanders in.

I guess it’s too late to live as a doctor,
Healing the sick, helping the lame,
The study’s too long, I’ll now never make it,
The choice that I made now glaringly naked.

I guess it’s too late for many viewed options,
Yet thinking of all that I’ve done on my way,
Brings a smile to my lips, a song to my heart,
And I know I chose wisely, right from the start.

“If music be the food of love, play on,” Shakespeare wrote for the opening line of the play ‘Twelfth Night’, a classic line with deep meaning which I have spent many hours of my life trying to fulfill. In many ways I have often felt as Duke Orsino must have felt – pining for the unobtainable and falling fowl of my own choices!

I was 5 years old when I first started to produce music, playing the recorder at school. I learnt to read music at the same time as I learnt to read words! At 9, I started piano lessons. What a joy to sit at this amazing instrument with its array of keys, strings stretched and hidden behind beautiful wood panels, and the two strange pedals (what were they for, I wondered, as my feet stretched to touch them? Imagine my joy, and a little confusion, when I found some pianos have three!). I still love to sit and press a key or a succession of keys, hear and feel the music enter the room and bounce around the walls; freed from the box; released from the tension of taut and tightly pegged strings.

What continues to fascinate me is that no matter how infrequently I now get to press the keys, music waits in anticipation. It seems to always be there. Like a racehorse at the starting line ready to run, all energy being restrained by its jockey; or a dam wall with a full dam of water behind it ready to burst; a never ending stream of sounds lie waiting to leap, to pounce, to break their bonds of slavery and let loose on the world. Sounds of love; sounds of anger; sounds of playfulness; sounds of pain; any and all emotions can spring into being, freed from their coil, just by pressing a few levers of wood (albeit some covered with ivory!). What an awesome experience!

In my early days, the more I played, the more expansive the sound grew and, of course, the more I practiced, the better the sound became… plus, I have to say it, the more difficult I grew for my teachers!

As I learnt to understand and feel the music, to feel with my soul what this wondrous instrument could do, I would often disagree with the way I was told to do it – the interpretation placed upon me by those trying to teach me. After all, I argued, most of the classical music I played then had been written many, many years before. It had been printed and reprinted; edited and re-edited until, surely, the composer’s original intent couldn’t be so easily interpreted? Even the instrument was different – most of this music having been written on a fortepiano!

Was the fortissimo (ff) indicated placed there by the composer or an editor? Was the rallentando meant to be in this place, or later, or not at all?

I vexed my teachers, testing their resolve and their patience and my own acceptance of discipline as the intensity and focus required bled itself into my young personality.

As I look back now, who was I, a young and inexperienced teenager, to question these indicators of feeling, sound, of music? On the other hand – who was I not? After all, I was responsible for the sound being produced wasn’t I? My brain interpreted the written notes and directed my fingers to press on the correct keys; in the correct order; at the correct speed; using, together with wrists and arms, the correct weight – the ‘discipline’ mentioned above. The only question remaining was the interpretation of ‘correct’!

Like life, my interpretation (my perspective if you will) and, therefore, my performance created the results: the sounds produced and the effect on the listener.

With the piano, no matter who told me to do what; who influenced my interpretation; who wanted it their way; it was my fingers playing the keys and my soul touching the listener. In spite of all the input, teaching and coaching, the choice of how to play was, in the end, mine. The sounds coming from the instrument were coaxed out of their restrained resting place by my touch. The strings vibrated and the air resonated according to how I placed my fingers and feet. There was no-one else to shoulder the responsibility; just me.

Again, like life, the choices I made led to the results. A ‘good’ piece; a ‘well-played piece’; a ‘technically correct’ piece; or a piece that moved emotions, feelings and souls; all depended on my preparation, my practice, my interpretation and my choices.

Fingers may fly across keys to make heaven on Earth and feed the love-starved (as Shakespeare would have us believe maybe) or stumble around on blocks of wood creating disharmony, disrupting peace, destroying sound, taking the ‘food of love’ from hungry mouths and the hope of love from those who seek it’s solace. I would like to think that in both life and music, I chose, and choose, the former and produced the ‘food of love’. In reality, I know this has not always been so and, although influenced by mentors and those around me, I have to take the responsibility for my choices and the results.

A tragedy? A comedy? – I often ask myself. Well, when it’s over maybe I’ll be able to tell you. For now, I only wish music could ensure healthy life choices as well as love-laden lunches – would it were that easy!

My fingers walk across the lanes of pale ivory and the blackest ebony.
I take my lead from the sheets before me as my brain interprets the symbols; makes sense of the printed spots and dots, lines and signs. Soulfully soothe sounds, creating harmony around, find common ground in the emotions of this world. Music speaks to every fibre of our being.
Vibrations from a string resonate through the air, merge our being, fire our senses. Variations of resonations from many sources pound us, falling one by one in rapid succession on our ears, our brain, our being.
Nothing escapes untouched.Nothing escapes unchanged.
Nothing escapes.
Music surrounds us wherever we go, whatever we do. Wind through trees; cars on roads; seas on shores; bird wings ruffling the air as they fly to some distant land, strange to us, a second home to them – instinct stronger than thought, the music of the Universe.
The cacophony of sound around us speaks to the essence of life and we answer.
My well-practiced fingers stroke the triggers of release; lovingly massage an instrument of change. Seeking the purest tones to bring order to chaos, harmony to discord and vibrant power to the air. Hoping to create change for the better; change for life; change for the soul, I play on.
Would it could be so continuously!

So, we write a poem in prose form/or prose like a poem (?!!) with fingers as our reference point, using the strategic repetition of vowels…mmm!! Really stretching my comfort zone Mr @benhuberman…again! 🙂
This is fun and do hope I achieved a result close to the requirements!
Any comments are valued

Flute your way through isles of sound,
Surrounded by a sea of notes.
The crotchet rises, the quaver rests,
The breve on the horizon floats.

Assailing my harmony
Disrupting my flow
Taking me from me

People came and sang with me,
Voices heightened, voices free,
Songs of hope and songs of praise,
Songs that touched the soul amazed.

They came in groups, they came alone,
Some came with wings and some with stone,
But all came breathing hard and fast,
Waiting for their note to last.

To reach on high for heights divine,
To take them far, with hearts in line,
Find places pure, where souls are free,
To follow their eternity.

Joining others, sharing depth,
In shady courts with guileless breath,
Meeting those who speak their truth,
In language strong and full of youth.

For all there know to be their best,
To shine and reach for light so blessed,
You listen for the echo deep,
Of resonating sound and reap

Tones so pure, beyond our ken,
Music made for souls of men,
Feel their purpose, know their way,
Guiding strong through every day.

Light and laughter, love perplexed,
Each moment shared endures the next,
To rise above small, petty cares,
And take the chance that’s offered there.

Wow,
I know,
What a day,
Spent in this way,
It flew way to fast,
All the moments that passed,
Full of life, light, and good food,
Love shared in this beautiful mood,
Memories made in joining the crowd,
List’ning with pleasure to music so proud,
So smile with me please as I take on this vow,
There is nothing can take this away from me now.

(How is that? a new style for me! Rhyming couplets with ever increasing syllables – does it work?!)

Your Reading is My Reward - Thanks for Visiting!
Follow The Wayward Warrior on WordPress.com

All material and content on this blog is under Copyright © Robin McShane 2014 - 2018. Unauthorized use and/or duplication of this material without express and written permission from this blog’s author and/or owner is strictly prohibited. All rights reserved. Excerpts and links may be used, provided that full and clear credit is given to Rob McShane and The Wayward Warrior with appropriate and specific direction to the original content. Thank you 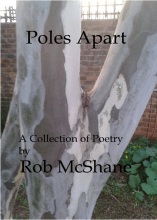 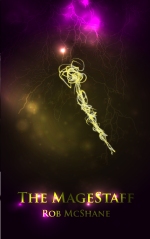 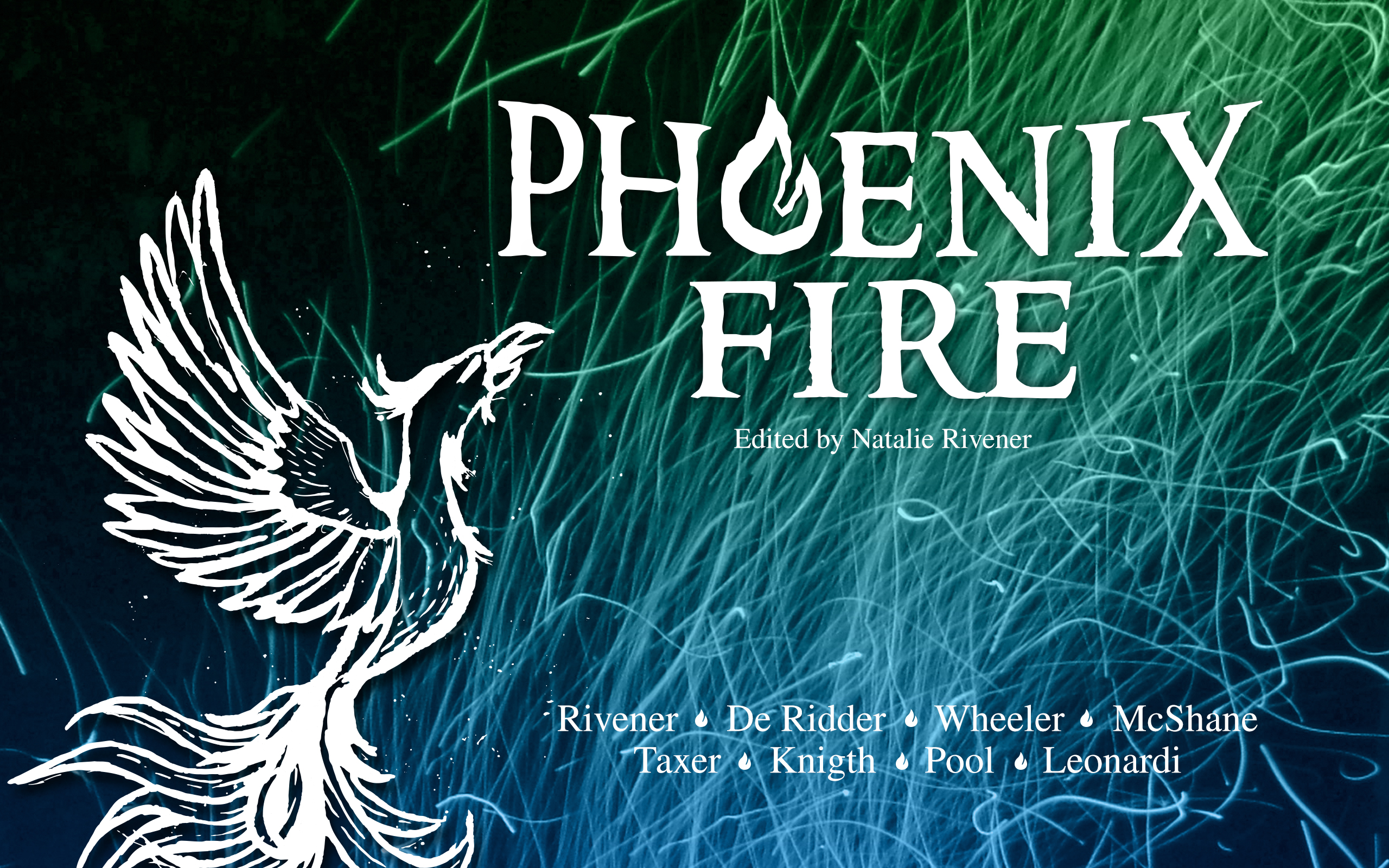 Above The Storm (A Short Story) – eBook

A Psychological Suspense - the journey of one test subject. (click on image)

My personal experience of Multiple Sclerosis, and how I help heal my body and brain through ketogenic lifestyle and ideas from counselling/ psychotherapy.

The Fun Side Of Science

"Diving into a writers soul is discovering the broken treasure and beautiful mysteries that make you gasp for air."

thoughts from my mind to yours

Vibrations of a Heart

The blog is dedicated to the people which care about their goals, dreams , actions including the ones that have paused , slow down or even stopped moving forward.

Because life is too overrated to ignore

A collective of poems and photos.

Even the darkest days have light

because the story must be told

Haiku out of Africa

When Timber Makes One Still

"Everyone needs beauty as well as bread, places to play in and pray in, where nature may heal and give strength to the soul" -John Muir

Kat in the Afterlight
rivrvlogr

Looking ahead, without looking back (too often)

we were born naked onto the page of existence; with nothing but the pen of our soul to write ourselves into eternal ecstasy ~ DreamingBear Baraka Kanaan

"The silence of the night awakens my soul"

I write because I must